GOVERNMENT OF TAIWAN DONATES RICE TO FOOD FOR THE POOR 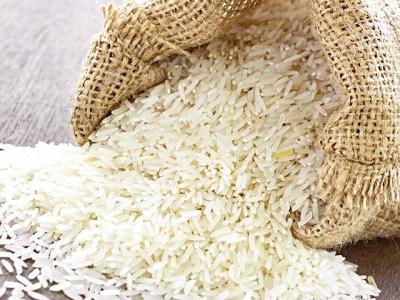 COCONUT CREEK, Fla. (June 2, 2016) As Haiti endures its worst food crisis in more than a decade, Taiwan's Ministry of Foreign Affairs is donating 3,380 metric tons of rice to the country this year through Food For The Poor. That is the equivalent of 169 tractor-trailer loads of rice.

The generosity of Taiwan's donation comes at a crucial time as Haiti is facing its worst food crisis in more than 15 years, according to the United Nations World Food Programme. Floods in recent weeks have drowned crops in the north while droughts have withered them in the south. A three-year drought exacerbated by the El Niño weather phenomenon has left Haitian farmers facing massive crop losses, driven people into poverty and hunger, and doubled the number of food-insecure people since September 2015, according to the U.N. agency.

The lifesaving rice will be shipped in four instalments in July, August, September and October.

Taiwan's outgoing President Ma Ying-jeou explained why Taiwan supports the people of Haiti during a visit to the nation last July. "There are two main reasons — the first is because I myself was a recipient of aid and rice. The international community supported Taiwan with donations in the 1950s. The second reason is truly because of solidarity," he said.

Food For The Poor and Taiwan have partnered since 2005 to positively impact lives of the poor.

Rice is a major staple in Haiti, and by networking with partners such as Taiwan, Food For The Poor is able to feed countless hungry children each day. The latest donation of 3,380 metric tons of rice will provide nearly 30 million servings.

Food For The Poor will distribute the donated rice to sponsored programs, one of which is the charity's feeding center in Port-au-Prince. Approximately 15,000 hot meals are cooked and distributed from this location six days a week.

Since the 2010 earthquake, through the generosity of its donors, the charity has built more than 5,900 homes in Haiti – and nearly 24,000 housing units since its inception. In 2015, Food For The Poor shipped 1,194 tractor-trailer loads of needed supplies to Haiti.

"Food For The Poor and the people of Haiti are sincerely appreciative of the rice donated by the Taiwanese," said Robin Mahfood, President/CEO of Food For The Poor. "The people of Taiwan are world leaders in the production of rice, enabling them to feed the destitute living in developing countries. This is a bountiful blessing for the hungry, and we sincerely thank Taiwan's President for this precious, lifesaving gift."

Food For The Poor, one of the largest international relief and development organizations in the nation, does much more than feed millions of the hungry poor in 17 countries of the Caribbean and Latin America. This interdenominational Christian ministry provides emergency relief assistance, clean water, medicines, educational materials, homes, support for orphans and the aged, skills training and micro-enterprise development assistance, with more than 95 percent of all donations going directly to programs that help the poor. For more information, please visit www.FoodForThePoor.org.